We’re happy to announce that we’ll make a mighty return to stage in 22nd of April 2015 with our good friends from EPICA band. We’re supporting EPICA in Nosturi, Helsinki (Finland) in 22nd of April 2015. It’s been a while since we’ve done gigs. Now we’re starting to performing live again and what would be better way to do it than start with our old touring partner.We toured together in Europe in 2008 & 2009.

See you all in Helsinki. We’re going to play a lot of songs from our latest MAGIC FOREST album which came out internationally last summer by Napalm Records. More shows will be announced later. 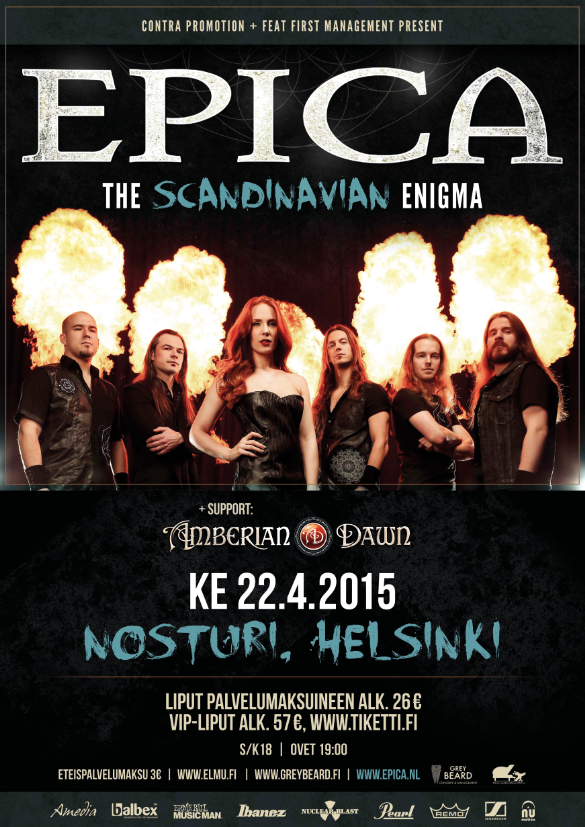 Here’s link to our latest music video MAGIC FOREST to get you in the mood.