We’re pleased to announce the first details of our next studio album which will be released worldwide on October 23rd via Napalm Records! Album will be titled INNUENDO. Together with AD’s co-producer Mikko P. Mustonen (known for his work with Delain, Ensiferum and Sonata Arctica), vocalist Capri and mastermind Tuomas Seppälä the  band are hard at work right now on upcoming album

Tuomas Seppälä on the upcoming album, entitled Innuendo: ”One of the most melodic and vocal-driven album in AD’s history is now on making. I’ve composed these songs in a little bit different way than I’ve used to do before. I have worked with these songs without any limitations. Some of the elements I’ve used have been quite unusual in heavy metal genre and there’s going to be a fresh new sound for AD. Musically these songs are still very much influenced by classical music but also by electro-composers like Jean Michel Jarre and Vangelis for example. Our new vocalist Capri was able to bring tons of emotions with her sound and lyric writing and I’m sure that this album will be our best so far ”

Together with our labelmates in DELAIN & Anneke van Giersbergen of THE GENTLE STORM, we’re going to hit the road in October & November! Make sure to be part of this very special tour! Here are the tour dates: 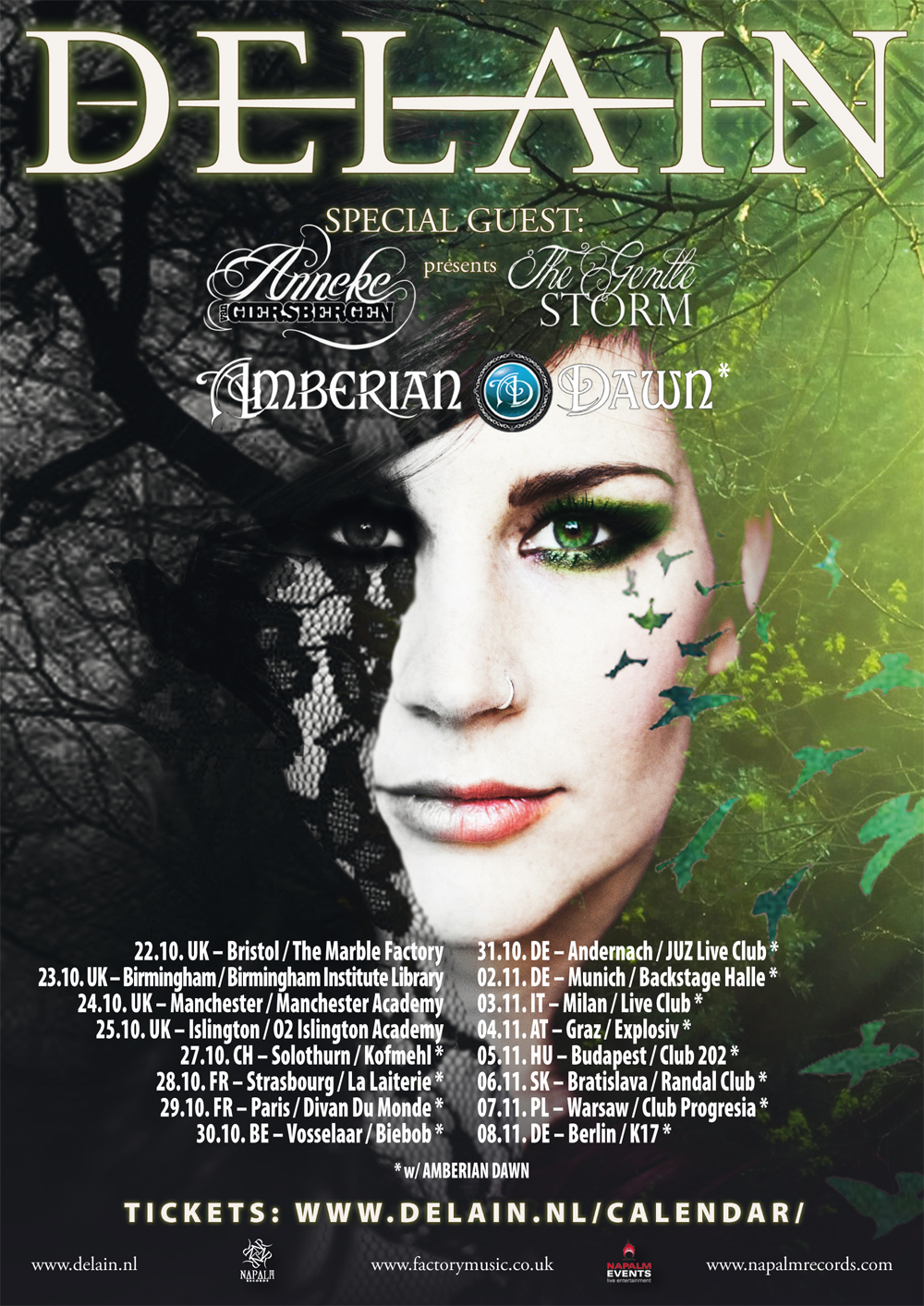 Before our tour with Delain and The Gentle Storm we will play at: