There’s some interesting aspects on keyboard sessions of Amberian Dawn’s forthcoming new studio album, DARKNESS OF ETERNITY. Band’s composer & keyboard player Tuomas Seppälä recorded a lot of stuff at ABBA’s Benny Andersson’s studio and was allowed to use his own vintage instruments. As a big ABBA fan Tuomas was really excited to be able to use authentic ABBA sounds on new album

“I wanted to get some authentic ABBA-vibe for a couple of more poppier song on this album. I’ve always admired Benny Andersson as composer but also his awesome taste for good keyboard sounds. So, I contacted several persons and finally found out that he has his own studio in Stockholm. Also I found out that his legendary Yamaha GX-1 synthesizer was restored and working perfectly. For me it was one the greatest moments ever to be able to visit his studio and use his own vintage keyboards. The sounds I used there were exactly the same ones he used on ABBA-records in late 70’s and early 80’s. That keyboard is one of the rarest in the world, only a couple of working units left. I also met Benny outside his studio while I got there..”

The Yamaha GX-1, the largest programmable analog polyphonic synthesizer ever to be made commercially available, was initially developed in the early 1970s as a test bed for later consumer instruments. With an initial price tag of $60000 in 1975 and with no more than a few dozen units ever made, this was an instrument for the elite. The first three units delivered to high profile customers went to Stevie Wonder, Keith Emerson and Mickie Most. Other notable users during this period were Jürgen Fritz, John Paul Jones and Rick van der Linden.

One of the last GX-1s manufactured was the one acquired by Benny Andersson in early 1979. This particular instrument was from then on used on many of the songs that were recorded by ABBA during 1979-1982, on the album musical “Chess” from 1983-1984 as well as on numerous other recordings from that era. It has also toured the world with ABBA in 1979 as well as being used on the concert version of “Chess” in 1984.

In the late 1980s the GX-1 fell into disrepair and apart from things like being displayed at the “ABBA – The Exhibition” in 1999-2001, it was mainly stored at Polar Studios until 2004 when the studio ceased its operations. It was then moved to another studio where it found a temporary home until 2011 when it was moved to its present home location at Benny Andersson’s studio Riksmixningsverket.

In 2014 it was decided that the GX-1 should finally be restored to its former glory. In spring 2015 it left for this much needed restoration and it was subsequently returned during the fall. Prior to this extensive restoration it was only used as a beautiful prop in the studio. Today, it is one of the very few units left in existence that are fully working and according to the owner Benny Andersson, “It has never sounded better”.

With its 3 keyboards, a set of bass pedals, an integrated bench and with a weight of 387kg, the Yamaha GX-1 is an imposing instrument. Under its white fiberglass canopy, the GX-1 is basically 36 more or less identical monophonic synths arranged in various logical groups combined into 4 physical ranks. Each rank is controlled by various inputs such as keyboards and modulation generators. The “Solo” rank consists of a 1-voice synth, the “Upper” and “Lower” rank consists of 2 layered 8-voice synths each and the “Pedal” rank consists of 3 layered 1-voice synths.

Up to 70 cartridges with different sounds can be housed in the unit. For creating your own sounds, an external “Tone Board” is used to set the 26 parameters pertaining to one of its synthesizer engines. These parameter settings are then transferred to a user programmable cartridge using a “Tone Module Setting Box”.

What made, and still makes the Yamaha GX-1 a truly unique instrument, is the sheer organic quality of the sound combined with the expressiveness provided by the various inputs such as keyboards with velocity, aftertouch and sideways modulation, a knee controller, a ribbon controller, an expression pedal as well as numerous other performance oriented controls. 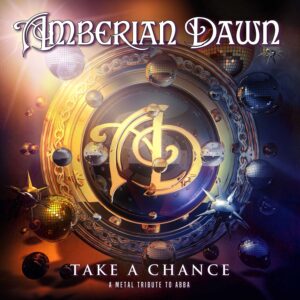