Jens Johansson will once again be involved with our studio album. He has earlier played on End of Eden (2010) and Circus Black (2012) albums already. Jens is a long time friend of the band and it’s really a honor to have him on our album again. 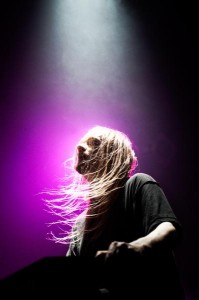 ” As you probably know, I’m a keyboardist & guitarist and have played both instruments on studio & on stage. I also use both of those instruments on my songwriting. This new MAGIC FOREST album is going to be more keyboard driven than earlier AD productions and that’s why I’ve invited a well known keyboard player to play on this album with me. The style of new AD is already changing due of our new singer Capri, but also musically there’s going to be evolution into more keyboard orientated sound and atmosphere.  Inviting Jens to play on this album was obvious since he’s one of the keyboard players, who’s affected on my playing the most. He’s also the main reason, why I started to play keyboards in heavy-metal way.

But since this is AD, we’re still having enormous guitar power on this album too. So there’s definitely going be traditional AD’s trademarks like fast guitar solos & heavy guitar riffs too”